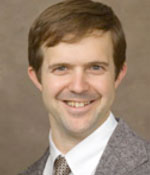 Dr. Charles Seabury M.D. is a health care provider in Richmond, VA. He graduated from University Of Kentucky College Of Medicine in 1997 (around 19 years of experience). He is affiliated with Virginia Urology Center, Bon Secours – St. Francis Medical Center and Chippenham Hospital.

Various techniques with the ProTouch laser:

It has been over 5 years since I first met the Convergent Team at the AUA annual meeting. At that time, I was looking for surgical treatment options for BPH that I could merge into my practice. Specifically, I was looking for reliable hemostasis to make outpatient and surgery center cases practical and safe. Anh Hoang, CTO, and the Engineer Team of Convergent Laser went over the origin of the technology, what it could do and why it was so effective, and convinced me to give it a try.

As we all are, I was anxious about trying a new technology, especially when I was already comfortable with TURP and vaporization technology, but found the 1470nm wavelength to be true to form. It seemed to easily and reliably stop bleeding. It was very effective. In fact, it almost seemed boring.

I have been a dedicated “vaporizer” for years, only rarely taking a small piece of tissue here and there. Due to the level of hemostasis, I found myself using the side-firing fiber to start to “shave” off pieces of prostate. From there, it wasn’t a huge leap to realize that laser resection of larger portions of the adenoma made obvious sense. Using the end-firing fiber and the Wolf ring-laser bridge, I started by taking the median lobe, and still vaporized much of the lateral lobes. The next step was not a huge leap…taking the lateral lobes in bulk pieces. As my technique matured, I was able to get to capsule and enucleate portions of the prostate with increasing confidence. I was reluctant to use a morcellator at first, primarily because of the “horror stories” of bladder injury, but I quickly realized that used correctly, it was just another surgical device.

Though I did not set out to move toward resection/enucleation with the ProTouch, that is what happened. What Convergent has done with the ProTouch 1470nm laser is create a device that allows a Urologist to vaporize, resect, or enucleate. More importantly, it is a device that lets you transition between the techniques - having both end-firing and side-firing fibers for enucleating and vaporizing capabilities.

For me, perhaps the most gratifying result is that many of my partners have started to use the ProTouch laser.

Tagged under
back to top