T-1470 ProTouch Laser Is “Absolutely” A Great Tool For BPH 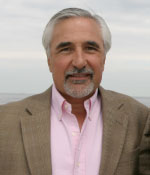 After graduating from Loyola College in Baltimore, Maryland, Dr. Rotolo attended Georgetown University School of Medicine in Washington, D.C. He was fortunate to remain there for his residency in urology. Upon completion of residency, Dr. Rotolo spent three years serving in the United States Navy. Most of his time was spent in the service's premier hospital in San Diego, California where he was involved in the education of residents as well as providing care to a large population of military Active Duty, Dependents and Retirees. Dr. Rotolo was privileged to serve with the Marines in Saudi Arabia during Operation Desert Storm.

Dr. Rotolo has over a dozen publications and numerous speaking engagements, both locally and internationally, to his credit. He is the Chief of Urology at Ocean Medical Center, has been twice voted "Nurse's Choice Physician Of The Year" and for many years has been listed among New Jersey's and America's Top Doctors.

Transition from Greenlight to ProTouch laser:

I was using the GreenLight Laser for BPH in more than 400 cases until I learned of the ProTouch 1470 nm diode laser manufactured by Convergent Laser Technologies of Alameda, CA. Over the past 3 years, I’ve done at least 250 cases of BPH enucleation and other soft tissues surgeries by using the ProTouch. It is an amazing surgical tool which provides a clean and clear field of view due to strong hemostasis; I was able to view the plane to cut tissue effectively. Additionally, this is a must have tool to learn BPH enucleation technique which offers faster and safer operations.

After each procedure, I would ask every one of my patients the following questions:

The overwhelmingly consistent response is “ABSOLUTELY!”

“This procedure was performed April 23, 2015 and I was able to go home that same day.

Due to an exceptional recovery time with this procedure (TULEP – TransUrethral Laser Enucleation of the Prostate), by the third week I ran a 4 mile race and finishing second in the 75 – 79 age group.

My sincere thanks and appreciation to Dr. Rotolo for the successful prostate surgery he performed.”

Tagged under
back to top